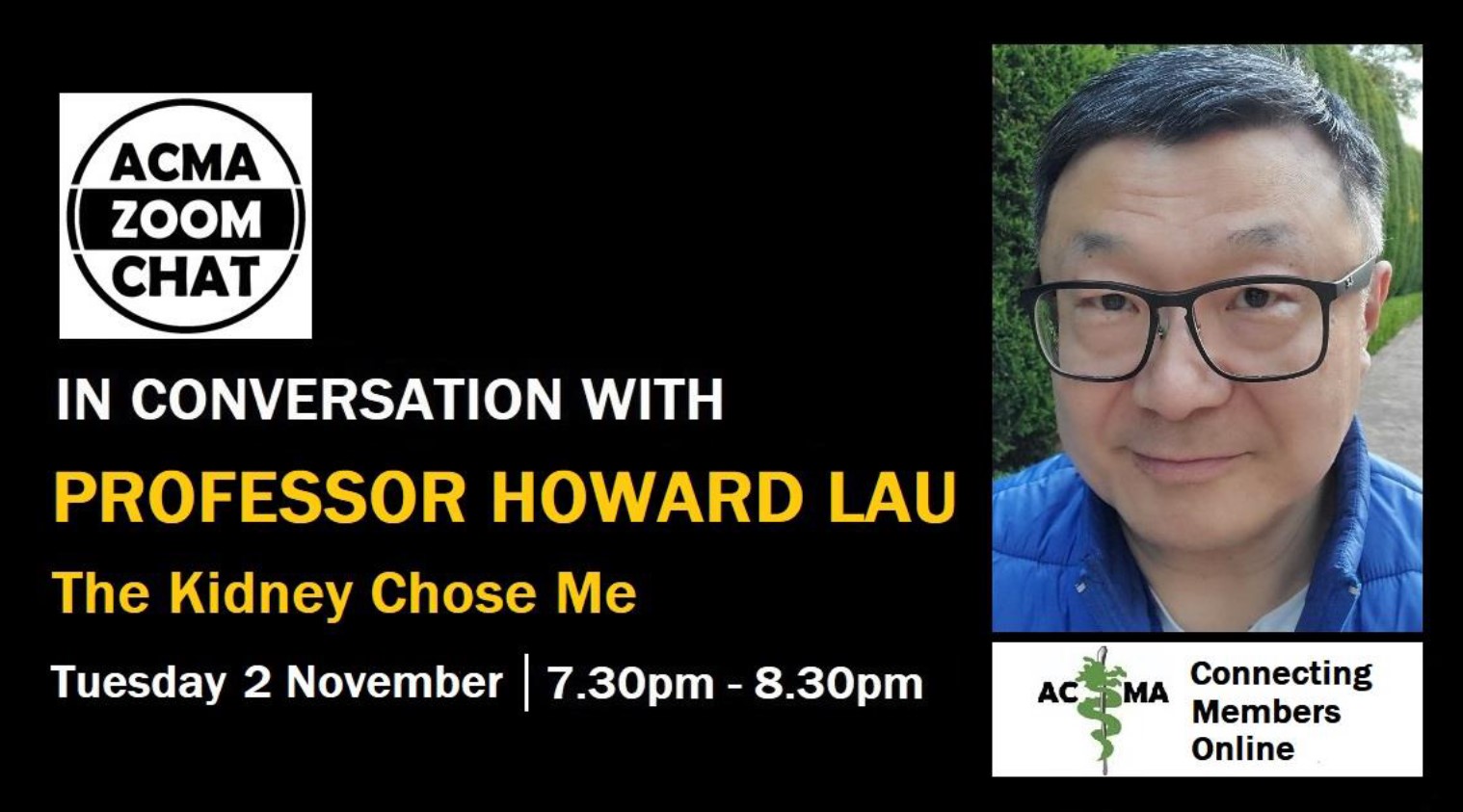 Our next guest on ACMA Zoom Chats is Prof Howard Lau

In Conversation with Prof Howard Lau: The Kidney Chose Me

Howard is a Urologist practicing in Western Sydney with a special interest in renal, adrenal and prostate surgery. He was born in Hong Kong and is a Sydney University Graduate. His medical training was mostly in Sydney. After working as a Clinical lecturer in Oxford for 12 months, he returned as a Urological and Transplant Surgeon in 1996.
His interest in surgical technique, in particular minimally invasive kidney surgery has led him to perform a series of Australian firsts including Laparoscopic, Radical and Partial Nephrectomy, Robotic Renal surgery including Da Vinci Robotic Renal transplant and nephrectomy with The Cambridge Medical System. His expertise in surgery is highly regarded by his peers. He has been invited to lecture and to perform surgical demonstrations in many overseas and Australian centres. He is a Conjoint Professor of Surgery in Western Surgery University and the Chairman of MAC at Westmead Private Hospital where he is also Head of Urology and Robotic surgery.

Tony is a medical story-teller and fascinated by doctors’ back-stories. As a Creative Doctor, he is the former President of the Creative Doctors Network and Doc Art Festival.